Blocking Characters in a Scene

Check out the post from Temple of Seven Golden Camels about how characters are blocked out during a dialogue scene. He uses the example from an old move called "Paths of Glory." He also points out some key characteristics throughout the scene that help break it down into points that every animator can think about as they may begin a shot. 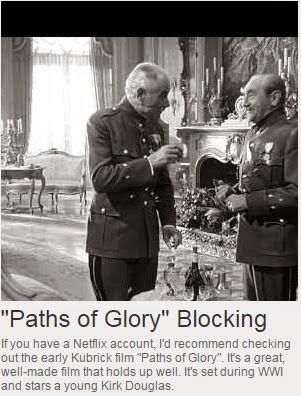 Some great posts over there.
Enjoy!
JP

Labels: Blocking for a scene. Paths of Glory, Character Blocking, Temple of the Seven Golden Camels